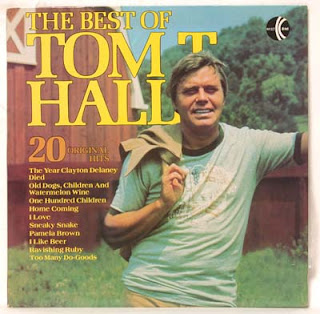 Tom T. Hall is a legend in the country music business, the man who wrote Harper Valley PTA. That might not mean a lot to anyone under forty, but the guy was big in his time. There's an interview with Hall on americansongwriter.com which includes this anecdote.

I have written songs that I didn’t understand until somebody explained them to me. I am riding along one night and there’s a preacher on the radio. It’s a long drive and it’s in the middle of the night, and it’s the only big signal I could get on my a.m. radio. And I’m listening and it finally dawns on me, he’s preaching about [the song] Homecoming, and what a son-of-a-bitch I am. [imitates preacher's voice] “This is the kind of music they are putting out these days – This guy has been in jail. He didn’t come to his mama’s funeral, he hasn’t seen his daddy in 15 years. He’s got a prostitute in the car wearing a miniskirt, and she’s been drunk….” And I’m thinking [exhales, his eyes get big] – that wasn’t what I had in mind when I wrote that song. [laughs]

[Interviewer] That is unbelievable. When was this? 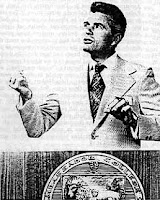 Tom T: The 60′s. But this guy did 25 minutes on Homecoming. He never played it. What do you think of that? He heard that song on the radio someplace and man he decided to do a sermon. His name was Garner Ted Armstrong, and [the show] was called “The World Tomorrow.” He had a phenomenal talent –  I’ve never heard anybody do it quite that well, maybe in Washington or someplace – but this guy could talk for an hour and not say anything. It was all biblical and biblical history and everything, and every once in a while he would take off on some current topic like my song Homecoming [laughs]. I was big in L.A. at the time – you know everything starts in Los Angeles – So the Rolling Stones discovered me first, and then the people in LA and then everything kind of started to gravitate back to Nashville where I was living [laughs].  I wasn’t a celebrity until the Rolling Stones and some other people in LA said I was. I became a celebrity here because they liked me in L.A. Especially the preachers were listening to the radio [out there] – I was astounded. I was absolutely nobody, I am riding along in this 15 year old used car, I’m not even sure where I was going –  and this guy is preaching about Homecoming, and I though “Holy cow – I’ve started something here. I’ve got this guy all riled up.” Then all of the sudden – of course it's biographical – me in the song – I didn’t realize what a rotten son-of-a-bitch I am! [laughs] I thought I was a pretty good guy.


Yup, Ted could explain a lot of stuff, in fact he had an opinion about nearly everything, and as Hall so succinctly puts it, "could talk for an hour and not say anything." (I'm guessing this incident happened well before Ted's appearance with Buck Owens on Hee Haw.) And in case you're wondering exactly what GTA was having conniptions over...