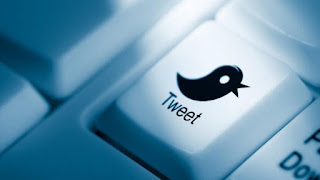 A couple of days ago, inspired by something similar that James McGrath is doing, I reactivated my Twitter account as a place to put links to online stories that have caught my eye, but I may never get around to actually blogging about. One such was a Spectator article about the parlous state of churches - particularly Anglicanism - in Britain. (Given current projections the CoE should effectively vanish by 2033, and Christianity itself, at least in dear old Blighty, by 2067. Holy Saint Trinian's!) I'll also tweet a heads up to all new postings here on Otagosh.

It's a lot easier than trying to operate two blogs. Gully Heights has been inactive for a long time... despite good intentions, not enough hours in a day. You can check it out just by clicking on the "Twitter feed" tab near the top of this page (it may take a second or two to load). If you're a member of the twitterati you can get there directly at hashtag @gavinzmail.
Posted by Gavin R at 18:16