Bridge-building with an Emergent God? 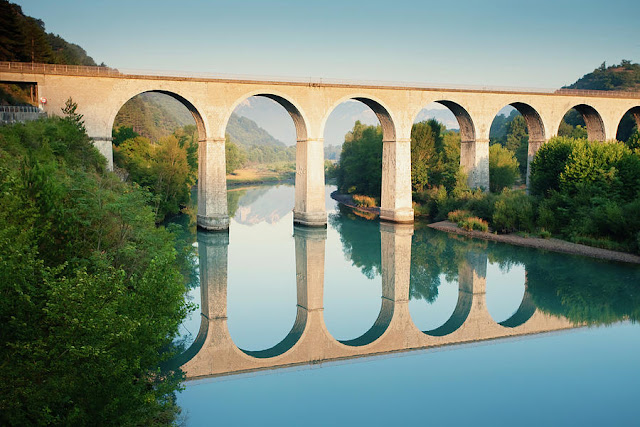 John Shuck provides these six ideas that describe the "emergent God" thesis.
I've highlighted the propositions that I think are most provocative. These are not exactly new ideas, but they've certainly not had much of an airing in general debate. Of the six, numbers 2 and 3 wouldn't get a lot of argument from most atheists. The more monochrome among them (i.e. those more combative and uncompromising) may however bridle at this sort of redefinition, but in essence these ideas have the potential to form a kind of bridge that embraces spiritual values (on one bank of the river) with a thoroughly secular world-view (on the other bank). God is, according to this perspective, a human construct, but one that can direct us in positive directions.

The six points are drawn from a book by Nancy Ellen Abrams who has recently been interviewed on John's podcast Religion for Life. It's worth a listen.
Posted by Gavin R at 15:19