The Tobit story: fish therapy and a friendly dog 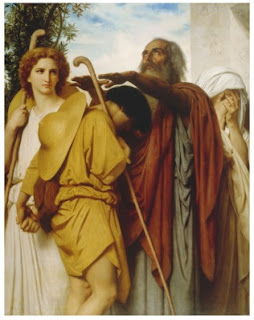 You won't find it in a standard Protestant Bible, but it's one of the treasures of the Septuagint, and included in Catholic Bibles. The book of Tobit (or Tobias) may well be my favourite deuterocanonical confection. It's a tall tale, part romance novel, that has inspired great art, novels and music down the centuries (along with a few attempts to use fish pastes in medical treatments.) Among those in modern times who've improvised on the narrative have been priest and novelist Andrew Greeley (in Angel Light), who transposed the characters into a computer-driven love story that moves from America to Ireland. It's an imaginative retelling well worth hunting down.

The composer Handel, the man behind The Messiah, is also credited with an oratorio on the book of Tobit... sort of. It's actually a recycling of Handel's earlier works, re-crafted to fit the Tobit narrative. It first saw the light in 1764, five years after the composer's death. While the libretto comes from another hand, the music is the master's own. Naxos has an affordable 2 CD recording. 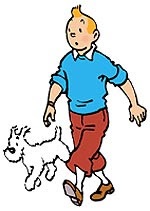 Not at all imaginative is a prosaic essay I wrote on Tobit a few years back. Those of us raised on the "de-deuterated" 66-book canon often find ourselves at a loss when some wiseacre tosses in a reference to Sirach or Judith, so this was one way of bringing myself up to speed. Whatever else Tobit is or isn't, it's quite a yarn: a sort of (and yes, I'm stretching things a bit here) Tintin novella from the ancient world (and believe it or not - for anyone familiar with the Tintin series - an ancient precursor of 'Snowy' turns up in 6:2 and 11:4. How many other friendly dogs can you think of in the Good Book?)

Worth exploring in a modern translation. The best I could find online is from the New American Bible, Revised Edition.