From Vic to Slick 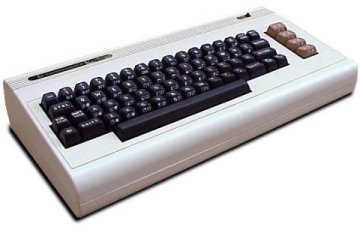 In 1980 or thereabouts I acquired my first computer, the simply amazing Commodore Vic-20. This was the age of the Atari, the Sinclair ZX81 and magazines that provided directions for Basic code that you could self-program by typing it out for yourself.  Data was stored on a tape drive! Yet the sheer magic of plugging in to a new world of possibilities, as it existed then, is hard to describe. And that was before the Internet!

Time trashes all technology. From the Vic-20 to its gruntier big brother the Amiga, then a forced migration to the dark side... l've been a loyal PC user ever since. Desk tops, laptops. Not for one minute was I seriously seduced by the now forgotten Acorn or the alternate Apple platform. Mixed fruit and nuts.

Now the game has changed.  I've only just clued into the advantages of the tablet. Mobile phones have morphed into Android devices, and now, with a Jelly Bean powered Nexus 7 in hand - well, it's like 1980 all over again.  Oh (with apologies to Dr. Seuss) the things you can do!

New Zealanders have been slower to make the move to tablets than most comparable societies, according to a NZ Herald report.  Part of this may reflect the delay in getting new models into the country, as the article suggests, but overpricing may be a bigger factor.  Another reason to be pleased that the Apple hegenomy has been breached.

Whether it's apparent at the moment, the desktop monitor, box and keyboard combo has effectively been reduced to retro furniture status, and the laptop's days are probably numbered.  Even the Kindle Touch that seemed so cool a few months ago now has an Edsel feel to it.