Jesus and the Centurion's boy 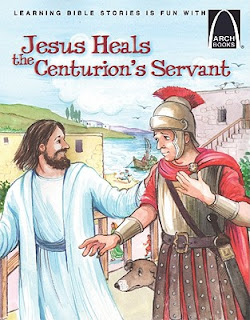 There's been a great deal of huff and puff over a story in the Huffington Post about the healing of the centurion's servant by Jesus.


The story of the faithful centurion, told in Matthew 8:5-13 and Luke 7:1-10, is about a Roman centurion who comes to Jesus and begs that Jesus heal his pais, a word sometimes translated as "servant." Jesus agrees and says he will come to the centurion's home, but the centurion says that he does not deserve to have Jesus under his roof, and he has faith that if Jesus even utters a word of healing, the healing will be accomplished. Jesus praises the faith of the centurion, and the pais is healed. This tale illustrates the power and importance of faith, and how anyone can possess it. The centurion is not a Jew, yet he has faith in Jesus and is rewarded. But pais does not mean "servant." It means "lover."

In Thucydides, in Plutarch, in countless Greek sources, and according to leading Greek scholar Kenneth Dover, pais refers to the junior partner in a same-sex relationship. Now, this is not exactly a marriage of equals. An erastes-pais relationship generally consisted of a somewhat older man, usually a soldier between the ages of 18 and 30, and a younger adolescent, usually between the ages of 13 and 18. Sometimes that adolescent was a slave, as seems to be the case here.

The article continues: "And what is Jesus's response? Does he spit in the centurion's face for daring to suggest that he heal the soldier's lover? Hardly. He recognizes the relationship and performs an act of grace."

After the predictable gasps of disbelief, it seems that even some more conservative academic bibliobloggers have agreed that this is indeed the most likely meaning.  Who'd have thought this old Sunday School stand-by could be so controversial?

But then, the Bible comes to us from a "far country," both in terms of time and culture.  Mores vary from society to society, and we are fools to project our own assumptions onto an ancient text in an unthinking way (which is, of course, exactly what most Christians delight in doing!)  What should outrage us more; that the centurion's servant was his bed warmer, or that he was forced into that role through the institution of slavery? 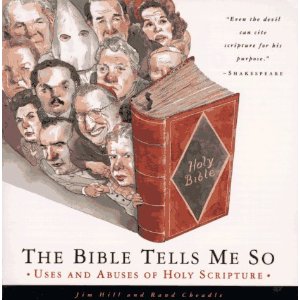 What is just as surprising is that this explanation of the passage has apparently come as a blast out of the blue to some working in the field of biblical studies.  Feeling somewhat smug, I dusted off a copy of The Bible Tells Me So (Hill and Cheadle, Anchor Books, 1996) and found this quote which left me stunned a full decade ago.

And that's in the Bible?

Yup.  No wonder the standard translations and commentaries massage it into something safe and innocuous for the folk in the pews.

I'm not sure the story actually has much value in terms of current debates on homosexuality.  The Hellenistic world is obviously (and thankfully!) not ours, slavery has disappeared from Western consciousness, and youngsters are protected from abuse and exploitation by the laws of our lands.  In that sense our post-modern societies are better places than anything the Bible writers envisioned as remotely possible, short of the magical millennium.

The point here is that the Bible can still surprise us, once the devotional veneer is peeled away, even when the surprise comes in less than edifying form.
Posted by Gavin R at 15:52