Too bad if you live in India

Take a look at this smirking, be-suited reprobate. 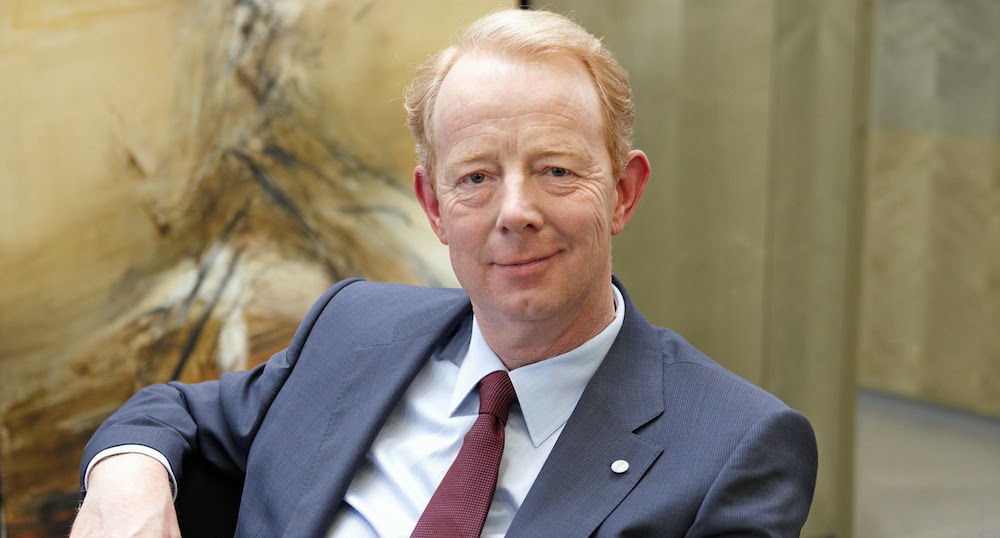 The resemblance to Emperor Palpatine in Star Wars is striking. He is Marijn Dekkers, CEO of Bayer, and if there is a hell, he should get a front row seat.

Jim West points out coverage of this man's odious comments.

In 2005, the FDA granted approval for a promising new cancer-fighting drug called Nexavar. Bayer took it to market shortly thereafter, and it is currently an approved treatment for late-stage kidney and liver cancer.

That is, so long as you live in the developed world. In a recently published interview in Bloomberg Businessweek, Bayer CEO Marijn Dekkers said that his company’s drug isn’t for poor people.

“We did not develop this medicine for Indians…we developed it for western patients who can afford it,” he said back in December. The quote is quickly making its way across Indian news outlets.

The comment was in response to a decision by an Indian patent court that granted a compulsory license to a local company to reproduce Bayer’s drug. Under Indian patent laws, if a product is not available locally at a reasonable cost, other companies may apply for licenses to reproduce those products at a more affordable price. Nexavar costs an estimated $69,000 for a full year of treatment in India, 41 times the country’s annual per capita income.

In 2012, Indian pharmaceutical company Natco Pharma Ltd. applied for just such a license, and it was granted. The company began reproducing the drug at a 97 percent discount, offering it for just $177. Bayer has been appealing the ruling ever since, and in December Dekkers told Businessweek that he viewed the compulsory license as “essentially theft” before dismissing poor Indian cancer patients.

Pharmaceutical companies have long been accused of ignoring the plight of those who cannot afford their astronomical prices. In the United States, where insurance companies often pick up most of the tab, consumers are often shielded from the true cost of drugs they are prescribed (Nexavar, for example, costs as much as $96,000 in the United States, but Bayer ensures that eligible US patients only see a $100 copay).

Dekkers’ quote brings into sharp relief the industry’s general ambivalence towards the developing world. A 2012 report from Doctors Without Borders found that most pharmaceutical companies devote only a small fraction of their operating budgets to fighting diseases that disproportionally affect — and kill — millions of the world’s poorest people.

Good on India for promoting legislation to protect its people from predatory leeches. Pharmaceutical companies certainly have a right to recover development costs and turn a profit. They don't have a right to print their own money at the cost of misery for people who live in places Dekkers, in his smug ignorance, deigns merely to sniff at.
Posted by Gavin R at 12:16