The Gerry and Dave Show 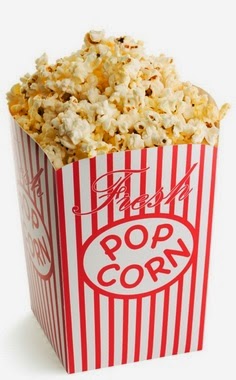 It could be a rivetting year in the long-running soap The COGs Turn. Two new plot lines seem to be emerging, one around David Hulme PhD., and the other around Gerry "That Prophet" Flurry.

Dave is Il Duce of the Church of God, an International Community. Word on the grapevine is that there have been some high-level defections from this publicity-shy sect in recent days. Among those apparently to have fallen from grace, Brian Orchard and - say it ain't so! - Peter Nathan.

But why? Apart from his less than collegial style, one suggestion has been that Il Duce was preparing to dump the British-Israel doctrine. On the one hand this would be a smart move as BI is, let's face it, completely bankrupt of either biblical or historical credibility. On the other hand, as we all know, it's the "lost key to prophecy" in traditional COG circles. To abandon BI smacks of "liberalism" and, as we all should know dear brethren, liberalism in any form is Satan's leading strategy to destroy the Truth.

Oh my, where will it all lead for Vision, Dave and his former band of not-so Merry Men? What will Peter and Brian do? Could the new splinter, if there is one, really clone a dumb name like Church of God - A Family Community? C'mon guys, you can do so much better than this - how 'bout the BI-sectual Church of God?

Well, maybe not. In any case, stay tuned.

Meanwhile, back at the Oklahoma PCG compound, Super-Mega Prophet Gerry has had a nasty shock.


At approximately 2:35 p.m. CST (Jan. 4), Philadelphia Church of God Pastor General Gerald Flurry fainted briefly while giving a sermon to the headquarters congregation at Armstrong Auditorium. After awakening from the short fainting spell and being helped from the stage, the pastor general was anointed by his son, Evangelist Stephen Flurry. As he relaxed backstage, his color returned and he was able to catch his breath more easily. Approximately five minutes later, services were concluded with a hymn and closing prayer by Stephen Flurry. (source)

Just imagine what Packatollah Dave of the RCG will be making of all this. Then again, the Packatollah has his own problems...

Yes, it could be another fascinating season for fans of this iconic series. Stock up on the popcorn!
Posted by Gavin R at 17:15