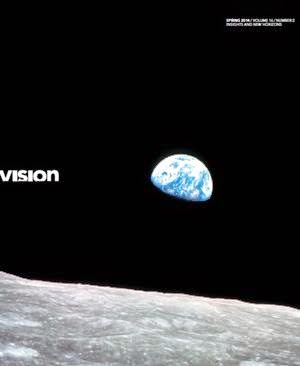 With tohu and bohu breaking out in David Hulme's micro-sect, there arose the possibility that flagship journal Vision might have seen its final issue. But, fear not little flock, the Spring 2014 issue has emerged nonetheless, albeit with a smaller body of writer-talent to draw upon. If you didn't know better - and many readers of this blog do - you'd think it was business as usual; at least until you noticed the purge evident in the staff box.

How much longer can the Dear Leader continue to fund his glossy quarterly publication in the wake of such a substantial gut-ripping exodus? That's the $64 tithe-cheque question. Meantime Dave, maybe the title could be extended a smidgen... by prefixing the letters "di" to reflect the new reality.
Posted by Gavin R at 18:19