Deane Galbraith is a fine chap, but he suffers from occasional bouts of delusion... one being that Otagosh is frequented by folks who might be interested in the kind of seminar described below. But I'm passing it on anyway, if only to ruffle a few feathers. And let's face it, when you've had your fill of post-Marxism, post-structuralism and ecocriticism, there's always the beer and (being Dunedin) a wee dram!

As for me, I'm all for frankfurters... but the Frankfurter Schule? Nein, not so much.

The Seminar calls for papers at the intersection of critical theory and the Bible. We interpret “critical theory” broadly to include not only the seminal work of the Frankfurt School, but also approaches such as Marxism, post-Marxism, post-structuralism, feminism, queer studies, critical race theory, post-colonialism, human-animal studies, ideological criticism, Continental philosophy, psychoanalysis, ecocriticism, cultural materialism, new historicism, alternative economics, etc. Likewise, we interpret “the Bible” broadly, to include the various Jewish, Christian and Muslim scriptures and related ancient literature, including their history of reception, use, and effect.

The Bible and Critical Theory Seminar returns to Dunedin in what is the tenth year of publication of the Bible and Critical Theory Journal and the seventeenth year in which the Seminar has been held. We will meet in the Poetry Corner at the Robbie Burns Pub, which we will have to ourselves until joined by regular patrons in the late afternoon. We will also make our way to Eric Repphun’s new venture, the Governor’s Cafe, for a delicious lunch. 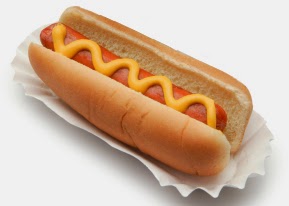 Please also note that the BCT Seminar will follow the annual meeting of the Aotearoa-New Zealand Association of Biblical Studies (ANZABS), also to be held in Dunedin, at the University of Otago, on 8-9 December 2014.

While there is no official accommodation and a range of options around the city, for those comrades who appreciate the conviviality of low-cost communal living, I (Deane) recommend Hogwartz Backpackers, a short ten-minute walk to the Seminar venue and, from 1872 until 1999, residence of the Roman Catholic bishop. Prices start from NZ$29 for a shared room with 4 to 6 beds, and it is approximately NZ$63 for a single room (http://www.hogwartz.co.nz/accommodation/hogwartz-rooms-and-prices).
Posted by Gavin R at 14:20