Gingernuts by the Dead Sea 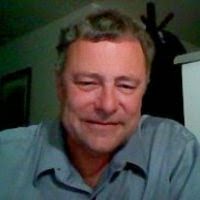 Many people primarily associate the Dead Sea with a dodgy line of cosmetics hawked in shopping malls up and down the country. Apparently they're not as 'kosher' as they appear, as this report suggests.

But for those with an interest in all things biblical, the Dead Sea means the DSS. Greg Doudna, an Ambassador College graduate who subsequently moved on to more credible academic studies (he is currently on the faculty of Columbia College, Everett, WA), is among those now seeking to shake the established paradigm. Jim West points to one of two essays by Greg appearing at Bible & Interpretation. With the forbidding title "The Sect of the Qumran Texts and its Leading Role in the Temple in Jerusalem During Much of the First Century BCE: Toward a New Framework for Understanding" (surely enough in itself to make your eyes water), part one is found here and part two here.

You'd have to say this is no light and diverting read on the sofa with a cup of green tea and a gingernut, indeed I'd estimate a whole packet of gingernuts and a tea urn would be required, but it is guaranteed to push most of us up the learning curve.

And yes, this is the author of Showdown at Big Sandy, which I reviewed a few years back.

(Access to further papers by Greg Doudna available here. An earlier Otagosh article featuring his work can be found here.)
Posted by Gavin R at 10:18