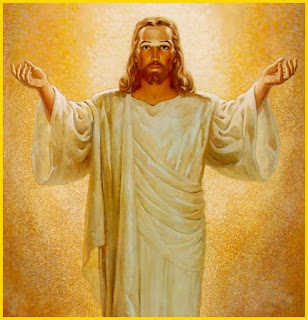 The clash between mythicists and historicists has all the drama of a WWF bout: current contenders include Mangler McGrath vs. Grappler Godfrey, step right up!

It may just be a case of weakened brain cells on my part, but I really don't see what the big issue is. The only question that ultimately counts to most folk is... did the Jesus of the New Testament narrative exist? That doesn't seem a particularly tough one to adjudicate on.

James McGrath has recently weighed in on the side of consensus historicism in The Christian Century. According to James the mythicist position, out on the fringe, is that Jesus "is not just a heavily mythologized historical figure, but pure or nearly pure fabrication from start to finish."

McGrath pulls out three fringe exemplars, D. M. Murdock (a.k.a. Acharya S.), those (unidentified) commentators who view "Jesus as a fictional creation based on Jewish scriptures", and Earl Doherty.

Personally, I don't give 'Acharya S.' the slightest credence. James' criticism is right on the money. Sorry lady, no cred., even discounting the stupid made-up pen name. But what about position two.


"Another strain of mythicism views Jesus as a fictional creation based on Jewish scriptures. Noting the common Christian belief that Jesus was predicted in the Jewish scriptures, they reverse the relation and say that Jesus was invented on the basis of those earlier texts. Historical scholars see things very differently, pointing out the differences between the content of the supposed Messianic prophecies and the life of Jesus—thereby creating difficulties for conservative Christian apologists and mythicists alike."

Again, my poor brain may just be inadequate, but the fact that early Christian writers pulled texts from the Hebrew scriptures to create flesh on a very bare biographical skeleton seems to be pretty indisputable. The issue is whether they created the skeleton as well. That the New Testament writers tore texts out of context, with complete disregard for our current standards of textual criticism, seems a complete no-brainer. Exegesis ain't what it used to be, thankfully. But how exactly does that create difficulties for the mythicist position? The birth narratives, the passion narratives, the miracle stories... which parts are immune from a little (or a lot) of Hebrew Bible oil pastel overlay? If we scraped away the pastel work would we find a beautiful original sketch underneath, some childish scribble, or just a blank canvas?

Less compelling (at least to me) is Doherty's argument that (again quoting James) "Jesus was initially understood as a purely celestial figure believed to have done battle with heavenly powers—and to have been crucified and buried somewhere other than on Earth." But, to give the man his due, he does make an interesting case, 'selectively critical' or not.

The whole question of historicity turns on a judgment about probability, and the hard data at hand is woeful. Is Jesus a fictive character in the same sense as Sherlock Holmes, cut from whole cloth? Not so elementary! Or is he a pastiche made up of characters both real and imagined that have been chucked in the Bible blender? Bultmann would presumably shrug his shoulders and find the whole discussion beside the point. Most of us would find it very much to the point. Think of Jesus and it's almost impossible to distance the name from the vivid oil pastel claims embedded in the Gospels. Jesus: virgin birth, tempted by the devil, water into wine, raiser of the dead, predictive prophet of the Little Apocalypse, multiplier of loaves and fishes, walker on water, crucified, dead, buried, raised, materialising through closed doors, ascended on clouds.

So which of James' joint descriptors - heavily mythologized and historical figure - carries the greatest weight of evidence?

Of course, I really have no idea who's right (though I'm reasonably convinced it isn't anyone called Acharya), but isn't there the feeling that 'whistling Dixie' is an essential strategy on both sides of the debate?

Did Jesus really exist? Maybe it depends on which Jesus are we talking about. Jesus may have been an apocalyptic prophet, or a Cynic sage, or whatever; but first we've got to get past the default Gospel portrait that is still the reigning paradigm in the churches, their preaching and their liturgy.