The End Draweth Nigh - Again 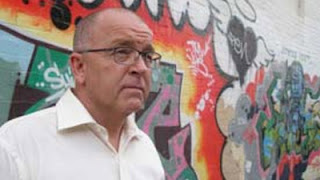 (With a nod of thanks to DVB who drew my attention to "nigh-ness" of the Big Event).

There are just days to go before Christ returns.  I know that's true because His return has been announced by God's little friend, Ronald Weinland, one of the Two Witnesses of Revelation.  And the date, for any of you slackers who haven't already bestirred yourselves, is May 27.

Weinland also modestly bears the offices of "the last apostle of this age" and "God's end-time prophet", so we'd all better listen up!  Unsurprisingly, Ron has been down this path before, just like Harold Camping.  However unlike Harold, Ronnie is anything but a broken man, and loudly and proudly rattles his tonsils for the faithful few who continue to fund him in the lifestyle to which he has become accustomed.

In fact, the only previous Otagosh posting that features Ronnie continues to be one of the most googled.  Ron, who began his career as a minister in the service of Herbert W. Armstrong, originally gained profile with a couple of giveaway books that identified 2008 as the year of the Great Tribulation.  More recently he and his dutiful wife Laura (a.k.a. the Second Witness) have fallen afoul of the IRS.

But that's all going to be beside the point in a couple a weeks.  The Trib is going to be short, very short.  In fact it may have already begun, though I can't see any signs of mushroom clouds over the Pukekohe hill as yet.  You can read for yourself the witness/apostle/prophet's inspired last-minute explanation of how all this fits in over on his website.  My advice for those so convinced: send Ronnie a generous back-dated tithe cheque quick!
Posted by Gavin R at 10:25