Some further thoughts on the anonymity of the gospels, this time from Bart Ehrman. First some quotes from his Jesus: Apocalyptic Prophet of the New Millennium. 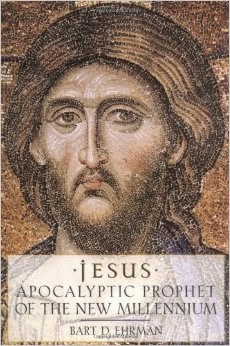 [N]one of the gospels claim to be written by an eyewitness. Take Matthew, for example. Even though someone named Matthew is mentioned in Matthew 9:9, there’s nothing in that verse to indicate that he’s actually the person writing the account (read it and see!). Furthermore, nowhere in the entire gospel does the author indicate that he was personally involved in the events that are described. He never says, for instance, ‘one time Jesus and I went up to Jerusalem, and while we were there…’ Instead, he always writes in the third person-even about the disciple Matthew! - describing what other people were doing.

It appears that the earliest readers of the Gospels agreed, that is, that they weren't overly concerned with who wrote these books. In fact, for half a century after the books were first put into circulation, nobody who quotes them, or even alludes to them, ever mentions their author's names. (all quotes from p.42)

The whole third chapter (How did the Gospels get to be this way?) is an excellent primer on these issues. Sticking with Ehrman, just last month he wrote a blog piece entitled Why Are The Gospels Anonymous? which is definitely worth checking out.

Many other scholars have written - sometimes ponderously - on this matter, but few say it better than Ehrman.
Posted by Gavin R at 12:17