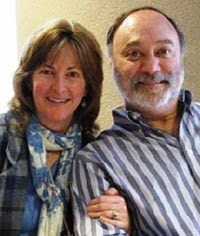 James McGrath has a new chum who has joined the anti-mythicism chorus, none other than GCI 'Pastor General for Life' Joe Tkach Jr. Now I respect (though I don't always agree with) James' opinion on this subject, after all he has the 'cred' to speak out on the topic. But Joe?

In any case you can read the PG/President's thoughts for yourself on El Presidente's weekly missive. The mighty theologian drags out quotes from Josephus, Tacitus and Suetonius, all of which were written long after Jesus' death and are somewhat dubious anyway. Nothing new there. Joe also chucks in brief references to F.F. Bruce, C.S.Lewis and I. Howard Marshall just so we all know he's firmly in the evangelical mainstream (as if that's a good thing!) More surprisingly he calls in a quote from Bishop Spong to bolster his argument.

Any mythicist worth their weight can easily debunk Joe on the points he raises, this is territory that has been visited and revisited ad nauseam. Not that I'm nailing my flag to the mythicist position. Hey, who really knows? Jesus' existence as "the man from Nazareth" and the "stranger from Galilee" is based on probability rather than any rock solid evidence. Despite what you may have heard from blowhards like Joe, the gospels are anything but eyewitness accounts.

To read the article that in all likelihood set Joe frantically pounding his Word Processor - or perhaps his ghost writer did the hard yards - then click across to the December 18 Washington Post article by Raphael Lataster. This guy at least knows the parameters of the discussion. An excerpt.


All we have are later descriptions of Jesus’ life events by non-eyewitnesses, most of whom are obviously biased. Little can be gleaned from the few non-Biblical and non-Christian sources, with only Roman scholar Josephus and historian Tacitus having any reasonable claim to be writing about Jesus within 100 years of his life. And even those sparse accounts are shrouded in controversy, with disagreements over what parts have obviously been changed by Christian scribes (the manuscripts were preserved by Christians), the fact that both these authors were born after Jesus died (they would thus have probably received this information from Christians), and the oddity that centuries go by before Christian apologists start referencing them.

Sorry Joe. Again, the evidence is thin on the ground and humility is called for. I rather think on balance that there is an historical core to the Jesus accounts, but it's best to keep a finger grip on such conclusions.

You don't of course need to be a literalist to appreciate the depths of Christmas story - in fact wooden literalism probably just gets in the way. But false assurances and blatant apologetics are less than helpful. So no, I'm not in favour of 'retiring' Christmas because of the imaginative elements (something you don't need to be a mythicist to concede).

But I do think unelected President for Life Tkach should retire. Should have done so years (decades!) ago. He's way out of his depth.