There is a good deal of nonsense made of the faithfulness of the Confessing Church during the Third Reich. The story goes that the German Protestant church was subverted by the "German Christian" movement which eagerly promoted Nazism. Of that there's no doubt, the record is quite unambiguous.

Few have dug as deeply into the disturbing world of the churches under Hitler as Susannah Heschel. Her book The Aryan Jesus: Christian Theologians and the Bible in Nazi Germany (Princeton University Press, 2008) should be required reading for anyone seeking to comment on events in that period. Here's what she has to say about the Confessing Church and its attitude toward Jews and Judaism.

[W]hile the Confessing Church supported Jews who had become baptized Christians, most of them agreed with the German Christians that Germany needed to be rid of its Jews and that Judaism was a degenerate moral and spiritual influence on Christians. (p.5)

Even within the so-called "church struggle" between German Christians and the Confessing Church for control of the Protestant church, antisemitism became the glue that united the otherwise warring factions. (p.7)

[B]oth asserted that Jewishness represented a real threat to Christians but differed in their definitions of Jewishness. (p.161)

[A]ntisemitism linked the competing German Christian movement and Confessing Church during the Third Reich, and facilitated an easy transition of power from one group to the other at the end of the war. (p.286)


The organizational independence of the church, rather than the question of what was happening to the Jews, was perhaps the issue most bitterly contested between the German Christians and the Confessing Church. Even the question of whether the church would adopt a version of the Aryan paragraph was principally an issue of the church's independence from state interference, rather than... its implications for the Jews. (p.29) 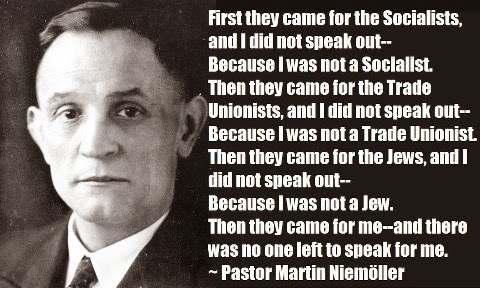 Niemöller only gradually abandoned his national conservative views and even made pejorative remarks about Jews of faith while protecting—in his own church—baptised Christians, persecuted as Jews by the Nazis, due to their or their forefathers' Jewish descent. In one sermon in 1935, he remarked: "What is the reason for [their] obvious punishment, which has lasted for thousands of years? Dear brethren, the reason is easily given: the Jews brought the Christ of God to the cross!" (Wikipedia entry)

Later - too late - Niemöller was to express his regret with the famous mea culpa, "and I did not speak out..." In this Niemöller was not atypical.

This is not to say there were not many good and courageous men and women who sheltered under the wing of the Confessing Church, but as with all things in life, the situation was complicated. The simplistic rewriting of history serves nobody well.

So what about Karl Barth himself?