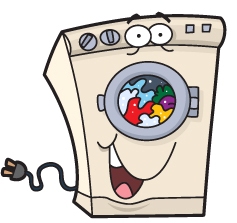 The design team here at Otagosh - well, that's just me actually - inadvertently put the blog through the washing machine, and out popped this bleached 'no frills' version. The content is unchanged, but the visuals have been toned down a bit. Some (who shall remain nameless) might say it's too bad the prose is still overblown, but then nobody's perfect - except of course for Rod "never committed a serious sin" Meredith. I always thought Pride was one of the Deadly Seven, but I guess Rod never found that one listed in Exodus 20.

But back to overblown prose. Example: In the previous post I was determined to use the word 'empretzeled' after tripping over it in an op-ed piece in Time. You know the principle, 'use it or lose it'. The Time reference was, I believe, to Hillary Clinton ("she empretzeled herself"). Apparently it's been around since at least 2009, but was a revelation to me - not to mention the spell checker. English is like that, a new word hiding around each corner, lying in wait and ready to pounce. I love it.

So does the idea of being empretzeled by proof texts work? Well, I thought it was a colorful analogy at the time...

To return to blog layout. Is simple better? I'm open to persuasion to the contrary, but in any case this iteration will probably remain in place for a while. If you don't favour vanilla, there are certainly no end of Rocky Road alternatives in the COG webiverse.

Now if I could only think of a sentence combining webiverse with empretzeled. To be honest, it shouldn't be too difficult...