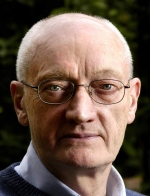 Richard Holloway's Godless Morality is a remarkable book in a number of ways, not least that the author is a retired bishop and former primus of the Scottish Episcopal Church. This is the first in a series that attempts an overview of the position he puts forward.

Holloway's more detailed consideration of specific "hot button" issues (sexuality, war, abortion, drugs, reproductive technologies) need to be read in the context of the broader brush strokes, rather than in knee-jerk isolation. To do that this series will particularly hone in on the introduction, first chapter and epilogue.

"[I]t seems morally bankrupt to argue that the only way to correct me is by persuading me of the truth of something that seems intrinsically unbelievable and, in its own way, morally dubious."
"If we have become persuaded that a particular claim is not true or is one we can no longer hold with a clear conscience, then we are making a moral judgement."
"[J]ust because the connection between ethics and religion has been broken, it does not follow that it is no longer possible to have ethics. It may mean that we have to discover and promote the importance of a non-religious ethic. And such an ethic would be a genuinely ecumenical ethic that appealed, in its broad principles, to people who were religious and to people without religion, to people who believed in God and to people who did not."
Posted by Gavin R at 00:15