Noah and the Preachers

One of the leading Missouri Synod clergy-bloggers has posted the following lectionary gem for November 29 about the Old Noah the Ark Builder. 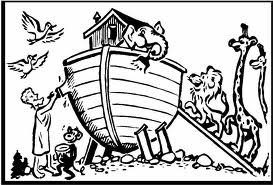 What's wrong with this potted bio? Well, nowhere here is there any indication that the Noah story is anything other than a tall tale, an elaborate fiction, crafted in a pre-modern age to explain the origin of - among other things - rainbows. Nor is there any indication that this high-ranking clergyperson is aware that it's used goods from start to finish, a retelling of even more ancient Near Eastern tales, the best known variant being the Epic of Gilgamesh. How exactly do you get away with living in the twenty-first century, and still read this stuff as literal history?

But here's the weird thing. Whereas this guy, a dyed in the wool literalist, seems to believe what he writes - or cut 'n pastes - there are clergy of a more progressive stripe and more refined literary sensibilities who also wouldn't blush to write this same drivel. Among such enlightened types it's perfectly okay to parrot these claims (and yup, claims they are) as long as - nod, nod, wink, wink - those in the loop know that it's not what it seems. Shall we tell the dumb sheep? Not directly; gently does it, we wouldn't want to offend anyone. Let 'em live with their treasure trove of beddy bye stories undisturbed. Let's sing them a liturgical lullaby while sharing knowing adult glances with "our kind" of Christians.

It's a strategy for people - however progressive and metaphorically-minded they might be when in the privacy of their own studies - who have clearly mistaken deceitfulness for subtlety, patronising behaviour for sensitivity, duplicity for depth. If you truly love and honour the scriptures, you're not going to lie about them, not even via the time honoured method of conveniently omitting full disclosure lest the troublesome truth rise up and bite you back. To hide behind sophisticated 'theologising' is just contemptible. Some of these individuals could wrestle theological profundities out of the telephone directory!

Even the Missouri Synod blogger, who I'm sure knows all about "sins of omission", has more integrity than that.
Posted by Gavin R at 21:03