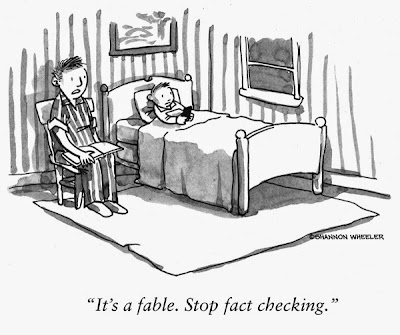 Hemant Mehta raises the issue of "digital transparency" and its effect on churches.

[It's] possible to fact-check your pastor with your smartphone while he’s giving a sermon. It’s possible to know when you’re being lied to because your church is no longer the ultimate source of information. And while church leaders might tell you to “just have faith” when you ask tough questions, Google won’t run away from your line of inquiry.

He's discussing an interview with Daniel Dennett at Religion Dispatches. Dennett is one of those bothersome atheists who says things that upset the more churchly among us. The trouble is, he's often both insightful and disturbingly accurate.

Funnily enough, there is a form of "fact checking" in certain biblicist sects. The brethren take along their bibles and turn up the preacher's texts to read along. Of course, that's playing with loaded dice. The minister has selected and cropped the passages ahead of time.

Dennett observes: It takes twenty years to grow a Baptist, and twenty minutes to lose one.

There's a certain truth to that, though some of us are obviously very slow learners. I count my disengagement from bad religion in long years, not minutes.


Institutions—not just religions but also universities, armies, corporations—are now faced with how to change their fundamental structure and methods to deal with the fact that everybody’s living in a glass house now.

Protecting your inner workings is becoming very difficult; it’s very hard to keep secrets. Religions have thrived in part because they were able to keep secrets. They were able to keep secrets about other religions from their parishioners, who were largely ignorant of what other people in the world believed, and also keep secrets about their own inner workings and their own histories, so that it was easy to have a sort of controlled message that went out to people. Those days are over. You can go on the Internet and access to all kinds of information. This is going to change everything.