Biblical Cherry Picking as a Virtue 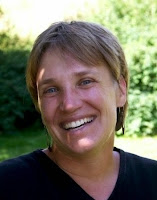 A brilliant post from Valerie Tarico suggests "cherry picking" Bible texts isn't such a bad idea, indeed it's "precisely the right approach." A couple of quotes.


Today many Christians assert that the Bible is the literally perfect Word of God, timeless and complete—exempt from addition, deletion, or revision. Many Muslims make the same claim for the Quran, according it such high status that either defacing a copy of the book or denying its divine provenance is a crime worthy of death. In other words, they attribute to the Bible and Quran the qualities of divinity, and they treat offenses against the book as if they were offenses against a god. They behave toward the Bible and Quran precisely like their ancestors did toward the wood and stone carvings that represented the divine for pre-literate people.

In an age of widespread literacy, what better golden calf than a ‘golden’ book?


Rather than being used as an epithet, perhaps cherry picker should be a compliment, an acknowledgment of discernment, wisdom, judgment, and responsibility. In actual fact, all religious believers (and nonbelievers) cherry pick their sacred texts or cultural traditions, even fundamentalists, even those who deny doing so. A book like the Bible or Quran contains passages that contradict each other, or that demand a level of perfection (or cruelty) that is simply unattainable for most believers. Whether we are Christian or Muslim or post-Abrahamic freethinkers or practitioners of some other spiritual tradition, the question isn’t whether we cherry pick, it is whether we do so wisely and well, based on some higher principle that tells us which passages are spiritually nourishing and which should be discarded.

You can probably hear the screams from fifteen million Southern Baptists, but then we'd almost certainly be worried if they all started agreeing. Read the whole article for yourself here.
Posted by Gavin R at 10:42