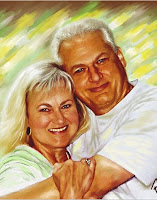 Give Michael Germano some credit, he doesn't mince words.

But is that a good idea on a Facebook account in which he identifies himself as president of Living University?


Multiculturalism, a brain child of the left is wholly Un-American, anti-Christian and a disaster.

So, if the female-dominated public schools continue to feminize our children left wing liberals (so called progressives--what an oxymoron joke, progressives?) will have plenthy [sic] of effeminate pantywaists to keep them in power. Poor sick America.

After that lefty town hall held by Linked-In I cancelled my account. Some lefty stooge formerly with Google wants his taxes raised. He can donate to the feds if he wants but apparently he has no job thanks to Obama. The true liberal--wants to give the shirt off your back. I pay enough already. Facebook keeps changing things for the worse. What do we have, Silicone [sic] Valley postponed adolescents who have to be different everyday to feel good? Tomorrow I am shutting my account down on this insane site as well. All the best to you and yours.

It's enough to make a Fox News host blush. And my personal favourite...


Why is Obama populating the government with lantern-jawed women? Is he making some point about "Ugly Americans?

Doesn't like non-Anglo cultures, doesn't like women teachers, doesn't like public schools, comes across as a paranoid homophobe, objects to paying taxes, doesn't seem to like young people much, and rails against women who don't fit his ideal physical stereotype...

Nice guy! Pity the poor students who have to study (if that's the right word for what they do at LU) under this man's antediluvian authority.


NOTE: Gary Leonard has blogged some further information about Dr Germano's puzzling inconsistencies over the years. You'll find it here.
Posted by Gavin R at 20:17