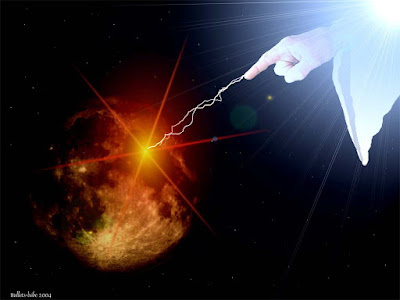 "Scientists have found a long-awaited explanation as to why humans have for centuries maintained orderly societies: the fear of an angry god."

That's the intro to an article appearing prominently in today's New Zealand Herald. It's based on a just-released study published in Nature.


"They found that people who believe their god is more punitive and knowledgeable behave more honestly and generously towards others who share their religion."

That hardly seems surprising. Religious identity, as those of us who've been part of a high demand movement know all too well, can be akin to tribal identity.


"[T]he study found that overall, participants who rated their gods highly as all-knowing and concerned with moral behaviour allocated more money to people who believed in the same god."

"These gods acted as a kind of social engineering, [Dr  Quentin Atkinson of Auckland University] said, so that people who believed in a morally-concerned god were more likely to follow the rules of the game and give money to their fellow believers over themselves and their village."

So there's the engine that drives tithing.

You can read the whole story here. On The Economist website there's also a review of God Is Watching You, a book written by Dominic Johnson of Oxford University, who is also quoted in the article.

While this is said to be about the power of religion to engender cooperation, it could equally be used to demonstrate the effect of religious fear in reinforcing fictive kinship, exclusionary practices, cultural and doctrinal rigidity and the non-acceptance of outsiders (heretics, heathen, infidels). Perhaps it's no coincidence that the rise of a global community (enabled in part by the Internet) parallels the decline in Western religious identity.