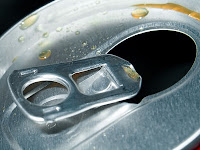 Is it my imagination, or has the fizz gone from the CGWA soda can? CGWA? That's the anointed acronym for Kilough and assorted hangers-on.

I'm old enough (sigh) to remember the buzz that surrounded other schisms in the past, with excited talk of "new beginnings" and an avalanche of supporting material hitting letter boxes quick smart. In contrast this breakaway group seems to elicit little more than a reluctant grunt. The website is completely uninspiring, and those who do run their own sites - Ken Treybig springs to mind - seem to have to little energy to update them. There are indications that some of the ministers who got caught up in the split are now ruing their decision. Let's face it, most of these blokes are too old for this sort of drama, happy to belly-ache, averse to innovate. History can only repeat itself so many times before ennui sets in.

So is CGWA viable? Probably, at least in the short term, but not as a significant player. As we used to say in less culturally sensitive times, "too many chiefs and not enough Indians." Some of these guys have egos as big as Texas, and I suspect the rest have substantial personality disorders... except for those who qualify for both.

Meanwhile the parent body seems to have staunched the hemorrhaging for now, and are pretending everything is rosy. They've even got their "literature" appearing on the Barnes and Noble website as e-book downloads. Uh, okay...
Posted by Gavin R at 17:18