500 years since the Reformation 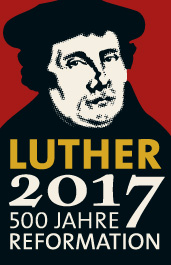 2011 is the 400th anniversary of the King James Bible, but in the German-speaking world the big date is October 31, 2017, marking 500 years since the Augustinian monk and university lecturer posted 95 propositions on a door in Wittenberg.

In the secular heartlands of Europe this is as much a tourism opportunity as an anniversary, but neither the historical nor the theological significance of that date should be understated. The course of history changed on the last day of October in 1517, for both ill and good.

Luther is one of those larger than life characters. On one hand we have the tarted-up portrait in the hagiographical film starring Joseph Fiennes, and the man who unified the German language through his translation of the Bible; on the other the earthy remarks of a man who railed against Judaism, and turned on the peasants who were demanding basic rights. Complex man, complex times.

My favourite Luther anecdote (other than a hilarious aside about "Italian nuptials") is the pungent tale of the castle long drop (best told with suitable sound effects). It could be apocryphal, but deserves to be true regardless. After a bout of acute constipation, an affliction that impacted negatively on his temperament as he got older, Luther experienced a blessed release after ceasing from straining. Only Luther, one suspects, could have found in this a revelatory experience of the grace of God! Cease from works and lo, salvation gushes forth.

Now, I ask you, what bloodless Calvin stories can compete with that?
Posted by Gavin R at 21:25