America: The Time is Now! (Again) 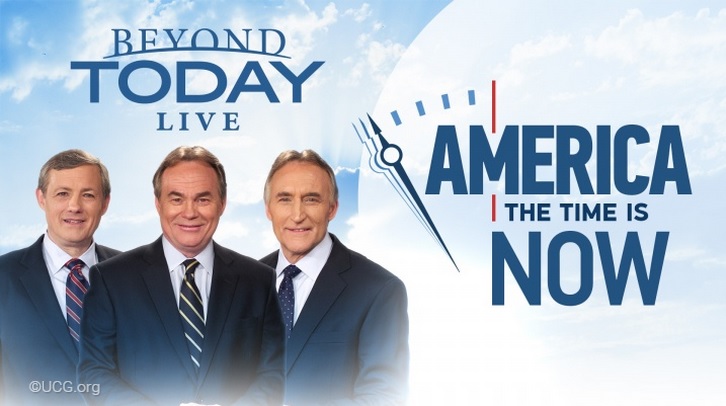 The United Church of God keeps pulling the same ratty old rabbit out the hat hoping each time it'll impress somebody.

The lads are on the road again, heading to San Antonio (and beyond), hoping to ride the wave of conservative angst in the lead-up to next year's election. Predictably they're going to hit the hot-buttons that resonate with Republican voters.


We have a vital message to help you make sense of the monumental changes in today’s world. The United States Supreme Court has just ruled that same-sex marriage is legal in all 50 states. What will this mean to the next generations? For those of us with children and grandchildren, we may well ask: What kind of world will our children inherit? Beyond this one ruling we see many other signs of cultural change that makes us wonder what the future holds. Will there be a world to inherit?

Then there is increasing and dangerous political unrest. The Middle East is in crisis. Europe is increasing its role as a world power to counter what is happening in the Middle East and from Russia. At the same time, America, the world’s leading power and long-standing bastion of liberty and freedom, is losing share in global leadership.

Sounds like a promo for a presidential hopeful, but no, the boys are selling the usual prophetic snake oil.


This is a sobering time! But God has a message for you to help you understand, cope and survive these times. We need to seriously consider what God has to say.

God is not absent from this world. He is the God of history. He directs great events that will culminate in His purpose and plan for humankind. God has a purpose  for your life , and you can understand what that great purpose is.

I'm old enough to remember the America Listen! campaign of the early seventies - as, I hasten to add, a scrawny teenage co-worker. Perhaps it had some impact on church growth, but not as much as the media scandal around its presenter (Garner Ted Armstrong) shortly thereafter. Oops.

Sanctimonious bigot Franklin Graham is off on down the same rat-hole with his Decision America Tour, though he's more explicit in his intentions. He doesn't just want to ride the wave, he wants to make the waves.

But there's a problem. Those "signs of cultural change that makes us wonder what the future holds" are increasingly seen in a positive light, not as scary, by a growing section of the demographic, especially younger adults. UCG is stuck in a generational Ground-hog Day loop. The old fellows at the wheel are increasingly out of step with the changing times.

The folk who turn out in San Antonio are unlikely to be a particularly diverse bunch. Mainly white, mainly old, mainly Republican-leaning. They'll find it unimaginable that same-sex marriage might be okay. Cultural change for them will be threat not promise. They'll be pessimistic about the future and paranoid about international affairs. They'll be fans of Fox News and few of them will have ventured beyond the borders of the US.

America: The Time is Now! is just another knee-jerk.

And it's not a strategy for growth.