Glynn Washington on growing up in the Worldwide Church of God 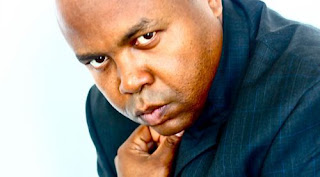 Glynn Washington, host of NPR's Snap Judgement, grew up in the Worldwide Church of God. In a recent interview he talks about its influence in his life (if you're following the interview link scroll down to the "full interview" - at just over 34 minutes - rather than the shorter edited version.)

It's a fascinating and insightful account (though he manages to relocate Petra from Jordan to Syria.) He talks about the end times predictions, a personal incident concerning the healing doctrine and its impact on others, what it's like being Black in a church that teaches British Israelism, along with what he misses about being a part of the WCG.

He also clearly labels WCG, as it existed then, as a cult, and justifies his opinion by several credible criteria... no argument here!  His tipping point in the decision to leave was the discovery that the Bible has far more complex origins than those the church assumed.

Following the interview the host read out a statement from the Tkach GCI that amounted to a mea culpa - but insisted that things had changed. Interestingly they described Washington not as a former member but "associate" of the church. Perhaps that's the new term to describe their members - people who still have little or no rights or representation in the sect.

These days he's a high profile story-teller, and he credits the WCG for the inspiration - though definitely not in a way that flatters the organisation.

One of the best ex-member interviews. Compulsory listening if you've "done time" in the original church, Grace Communion International, or any of the spin-offs.