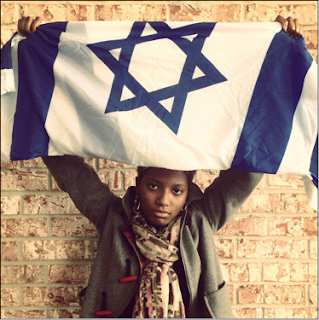 Chloe Valdary's name isn't one I'd heard of till recently. A young black women, she is a vigorous pro-Israel, anti-Palestinian activist: "a hardcore advocate of what she calls a “Jewish one-state solution” -- of total Jewish dominion over all of historic Palestine, between the Jordan River and the Mediterranean Sea", and a collaborator with right wing extremist David Horowitz. Max Blumenthal has described Valdery as “beyond sickening” and “irrationally hateful” — and a “non-Jew” who represents “the future of Zionism.”


In a video produced by the right-wing Jewish radio jock Dennis Prager, Valdary proclaimed that the black protesters at  Ferguson and their white progressive allies are a greater threat to the United States than the Ku Klux Klan.

Valdary has been profiled in The Times of Israel.

Perhaps of interest to many readers of this blog, she is also a member of the late Garner Ted Armstrong's Intercontinental Church of God. Her father, Max Valdary, is a minister in the sect. " At last year's Feast of Tabernacles Valdary delivered a sermon "praising Harriet Beecher Stowe’s Uncle Tom slave character as a model Christian."

Given the level of political invective spouted forth by Mark Armstrong that's probably not surprising.