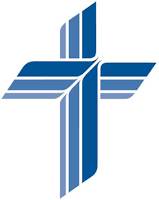 If your pastor says unpleasant things about you to others in your church, do you have any redress? What if you end up excommunicated (disfellowshipped)? Must you just "take it on the chin"?

It seems these issues will get tested in Minnesota after an elderly couple were excommunicated from their Missouri Synod congregation. The Minnesota Supreme Court has agreed to hear LaVonne Pfeil’s argument that judges should have a role in sorting out what’s said in church if it damages someone’s reputation far beyond the congregation.


“I lost my church, I lost my husband, lost my reputation, lost a lot of money,” said Pfeil, who’s 79 years old. “I can go to a grocery store. If people see me, they turn around with their cart. I used to know everybody. Now I have no friends.”

Some of us might be reminded of parallels in other religious organisations.

Predictably the LCMS isn't backing down.


That prospect would be a “terrible and dangerous decision,” according to the Lutheran Church-Missouri Synod, which filed an amicus brief in the case: “Courts should not pry into the mind of a pastor with respect to his judgment that a member of his congregation sinned.

"Terrible and dangerous"? Perhaps not nearly as bad as a ministerial entitlement to ruin people's lives.

Meanwhile the LCMS hierarchy has launched "what various members consider the equivalent of a modern-day heresy trial" against Matthew Becker, a pastor and academic.


Becker is a theology professor at Valparaiso University, an independent Lutheran institution in Valparaiso, Ind., about an hour’s drive from Chicago. Becker has raised questions about the church’s stance against the ordination of women, as well as its teaching of creationism, or the literal reading of the biblical book of Genesis.

Becker’s insistence on talking about such issues has led certain members of the church to file charges against him to the synod, triggering several investigations.

To the disappointment of some, including [LCMS President Matthew] Harrison, church panels handling the investigations have consistently cleared Becker, allowing him to remain in the church.

Yet, Becker, 52, was officially ousted last week, suddenly no longer a member of the church in which he was raised, though he remains on faculty at Valparaiso University.