Rugby and Religion - Bread of Heaven 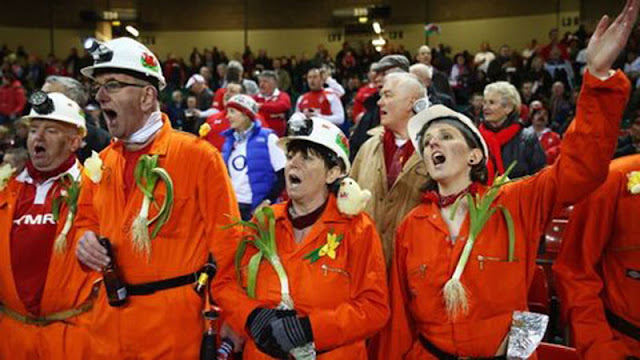 For New Zealanders there's not much of a relationship between rugby and religion, although more than a few wags have suggested that Rugby itself (the capital letter is intentional) is the one true Kiwi faith.

In Wales it's very different. They sing hymns at matches! The Welsh association is now largely historical (see the article in The Independent), but even those cynical about Christianity will concede that there's nothing quite like a rousing chorus of "Bread of Heaven" rocking the stands.  BBC Radio Wales digs deeper, appropriate listening for the current Rugby World Cup. Worth a listen if only to enjoy the wonderful Welsh accents. Be quick though, it's only available for a couple of weeks.

And of course, the final showdown will be an all Antipodean affair - the All Blacks versus the ancient enemy from across the ditch (name escapes me for the moment). No hymns are expected, but a few prayers of a non-standard variety will doubtless be offered up if the score turns on a knife point. Not that it worked for the Welsh who got knocked out in the quarter-finals.
Posted by Gavin R at 17:26