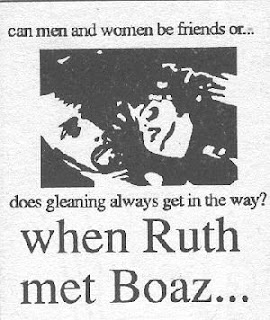 Christians have read their story back into the Hebrew Bible from the beginning. Or, more accurately perhaps, into the Greek translation of the Old Testament. The idea is that there is a meaning in the pre-Christian writings that goes way beyond the clear intent of those documents. This dubious strategy is dignified by the Latin term sensus plenior, meaning fuller sense.

Most famously, the Tanakh has been dredged for "prophecies of Christ." No matter that nobody previously imagined them as such, or that you have to grab a shoehorn to make them fit. If the life and death of Jesus is imagined as the culmination of a predetermined "salvation history," the crescendo of some "grand narrative," then the Jewish scriptures must be grabbed by the scruff of the neck and jammed head-first into the straight jacket.

The ESV Study Bible (2008) contains a feature entitled History of Salvation in the Old Testament: Preparing the Way for Christ. The title says it all. Proof texts are ripped, still bleeding, from the Hebrew Bible as exhibits in the cause of Christian apologetics. And not just the usual suspects. It's just amazing what can be made to "prefigure" what. Even unlikely books such as Ruth are pressed into service. Commenting on Ruth 3:9 (wherein Ruth makes an amorous advance when Boaz awakes to find her unexpectedly snuggled up in his bed) the ESV Study Bible piously informs us:

Do tell! I'm sure that's exactly what Ruth and Boaz had on their minds that night.

It's moments like this that you kind of wish that Marcion had succeeded in detaching the emerging church from the Old Testament, and leaving it in the possession of its rightful owners.
Posted by Gavin R at 21:51