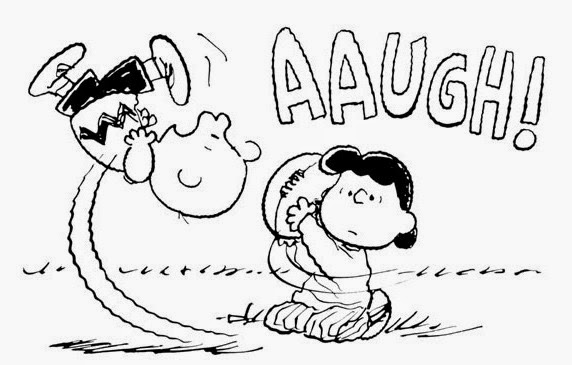 Kierkegaard died in 1855. You can be sure however, if he were alive today, he'd take a rather dim view of Spanky.

Yes folks, the first 2015 edition of Tomorrow's World - flagship magazine of the Living Church of God - is now available for your edification and entertainment. And if it wasn't for the slick layout and graphics you could be reading a 1955 copy of The Plain Truth.

As for Kierkegaard, Spanky found a nice wee quote somewhere, then proceeded to incorporate it in his editorial - he's rewritten it many times before - this time with a title worthy of The Watchtower: "Study to Avoid Deception!"

Too bad he doesn't take his own advice. 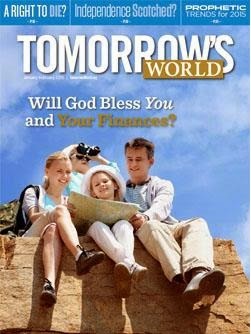 Then there's the cover article by the this spiritual giant entitled "Will God Bless You and Your Finances?" Anyone want to guess what that one's about?


"[W]e would be remiss if we did not remind you, occasionally, of God’s direct instruction on tithing and the blessings you will receive if you are willing to obey your Creator and “seek first” the Kingdom of God above all else—even in financial ways!"


"God has certain basic commandments and statutes that last forever for human beings. Tithing is certainly one of these."

Richard Ames is also up to the bat with an article that alerts us to "Prophetic Trends for 2015."


"Dear readers, we are living in the exciting prophesied “end-times.” End-time prophecies that have been in place for thousands of years are “speeding up” toward fulfillment as never before. We look forward to the Second Coming of Jesus Christ, who will soon return to establish the Kingdom of God on planet Earth. So we must be prepared. Even if Christ does not return for a few more years, we cannot let our guard down individually, as any one of us might die tonight. We must draw close to God in 2015, and we must stay close to Him. As we do, we can be informed and encouraged by the fulfillment of prophesied events as we obey Christ’s command to “watch” in 2015 and beyond!"

Talk about mixed messages. Speeding up as never before brethren, living here in the end-times, but don't hold your breath.

John Meakin has the real oil on what's happening in Her Britannic Majesty's domains: "What Does Scotland's 'No!' Mean for the United Kingdom and Bible Prophecy?"

(Nothing John, absolutely nothing.)

Dougie Winnail beats the same old drum with "Prophecy Comes Alive: The Demise of the West."

Yup, we've read it all before. It gets no better with the passing of time.
Posted by Gavin R at 07:00