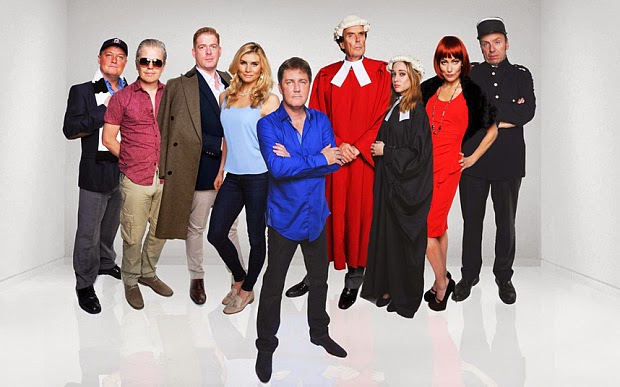 John Morgan must be the only member, past or present, of the Worldwide Church of God to feature as a character in a West End play.

Last month John's latest book How They Murdered Princess Diana was launched. John kindly sent me a copy (my initial comments are found here). The book builds a case with relentless care. I don't know if John has 'proven' anything as such, but only a fool would discount the meticulous evidence he brings to bear. It seems clear - to me at least - that this is not just another 'conspiracy theory'.

British newspaper The Daily Mail features an article by Sue Reid in Wednesday's edition. Reid has the title of "investigations editor", and she takes the opportunity to review the new play "Truth, Lies, Diana" and at the same time connect some of the dots herself.


"The play draws heavily on a new book How They Murdered Princess Diana by John Morgan, who forensically examined 7,000 pages of inquest documents, police statements, and medical reports about her death aged 36."

Reid makes it clear that her own investigations lead in similar directions.


"[Truth, Lies, Diana] portrays a writer called Ray investigating the Princess’s death to write a play about her. The plot shows Ray being advised by John Morgan, a character based on the real-life author of the new book claiming she was assassinated."

There is enough in the article, and even more so in the play (let alone the book!) to send a shudder down the spines of many of those named. The play is scheduled to run until mid-February.
Posted by Gavin R at 20:33