Updating the KJV - MEV as Windows 8 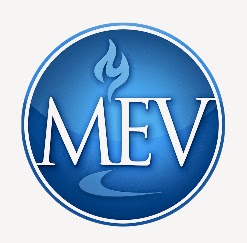 In 1611 the King James Version was launched upon the English-speaking world, and quickly became the default translation for the vast majority of Christians. It was a dominance that arguably lasted until the 1960s when the Revised Standard Version finally gained traction after a shaky launch in 1952.

And since then it's been open slather. The good, the bad and the downright appalling.

The KJV's near universal acceptance until the middle of last century meant not only a shared text, regardless of your denominational affiliation, but encouraged memorisation of verses (everyone knew the KJV rendering of John 3:16) and the dubious discipline of proof-texting. Those sects which most effectively exploited proof-texts had a powerful tool on their side.

But alas (or hallelujah! depending on your perspective) the KJV is now a largely spent force and now each of us tends to read and quote whatever version most takes our fancy. How frustrating; no wonder many biblicist sects are in decline.

There have been a few efforts to resuscitate the KJV by lightly modernising the text, most notably the awful New King James Version. This is now the official translation of groups like the Living Church of God.

Now there's a new entry, the Modern English Version of 2014. This is a non-denominational translation with heavily conservative underpinnings. Originally a project for military chaplains in the US and UK (the copyright belongs to something called the Military Bible Association), in its development process it has morphed into something more ambitious.

And get a load of the dedication:


To Her Majesty Elizabeth II, by the Grace of God, of the United Kingdom of Great Britain and Northern Ireland, and of Her Other Realms and Territories, Queen, Head of the Commonwealth, Defender of the Faith. The translators of the Bible wish grace, mercy, and peace through Jesus Christ our Lord.

Well, that's special. What, one wonders, does the lady herself think of that? And did they clear it with Buckingham Palace first?

But back to basics: "The Modern English Version is a translation of the Textus Receptus and the Jacob ben Hayyim edition of the Masoretic Text, using the King James Version as the base manuscript." Not surprisingly it bills itself as a literal, "formal correspondence translation."[1]

The question is, is it any good? The MEV is promoted as an "update" of the KJV for the twenty-first century. There are a lot of claims in the PR that it preserves the cadence and beauty of the KJV.  That is to some extent a subjective judgement. The first "hot point" I wanted to check out was what the MEV did with Romans 3:22. Here the original KJV [2] translates pistis christou as "faith of Christ" rather than "faith in Christ" (which is the option taken my most translations for - could it be? - doctrinal reasons).

Perhaps unsurprisingly the MEV has chosen the path of least resistance and gone with the "in" option (as did the NKJV before it.) Douglas Campbell will not be amused.[3]

If you're looking for a translation with a 'familiar' feel, and grew up in the KJV generation, then the MEB might be a solid option, and is almost certainly preferable to the earlier NKJV. I haven't had the chance to 'test drive' the MEB with such proof-texting abominations as a certain Bible Correspondence Course some readers will remember, but suspect it'd hold up well there. But if you're looking for real credibility and scholarship, you're probably going to have to look elsewhere.

As for being an update, it might be helpful to think of the MEV as Windows 8 for the KJV... or even Windows Vista.

[1] Preface to the Reader

[2] The Common English Bible (CEB) of 2011 adopts the same usage as the KJV. So do some of the newer online translations such as the ISV and Net Bible. It might seem a nitpicking debate, but the implications are far reaching.

[3] Campbell (Duke University) is one of the main protagonists in the pistis christou debate, and author of the very dense The Deliverance of God.
Posted by Gavin R at 17:30