The Prophecy that Wasn't

An earlier version of this article first appeared here in January 2011. 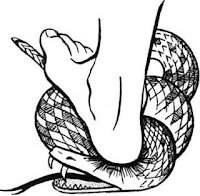 That's Genesis 3: 14-15, probably as few have read it (or into it) before. The credit for this fulsome embellishment goes to Jack Blanco in The Clear Word, a paraphrase of the Bible popular among Seventh-day Adventists.


So where's Satan? Where's the One? Where's the prophecy? Not there. They're not in the text. It's an aetiological account of why snakes get around without legs and cause most humans to react with fear and revulsion. Is there more significance to it than that? Maybe, but if so it's certainly not evident in the text itself. Anything more is pure speculation. The Oxford Bible Commentary states it succinctly:

It's not fashionable in certain circles to use the term eisegesis any longer, but if you wanted a clear example of the phenomenon, this would surely be it. To read these verses as prophecy, first you need to put on your metanarrative blinkers. 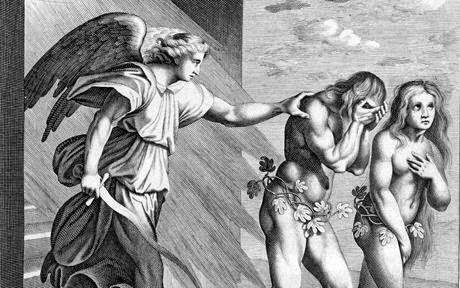 Apart from that obvious objection, there is no undisputed metanarrative in the Bible, only in the minds of certain of its interpreters. The popular version owes as much to Milton's puritan classic Paradise Lost as to the Bible. You have to mutilate the scriptures to make them "fit" into a metanarrative.

Which is, in my opinion, what Jack Blanco has done. The pack of cards doesn't stack up, so you flick the Jokers off to the side and replace them with some more convenient cards from an entirely different deck. Creative writing for Blanco, creative exegesis for conservative scholars.

This prophecy exists only in the eye of the beholder.
Posted by Gavin R at 21:22