Archaeology and the State of Israel 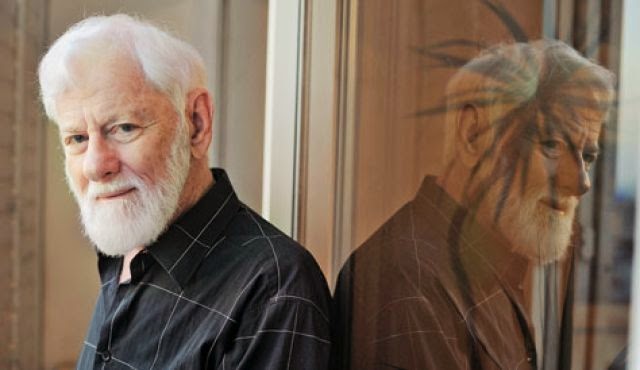 Israeli peace activist and former Knesset member Uri Avnery has a transcript of a speech entitled The Connection Between Archaeology and Ideology in the Middle East up on the CounterPunch site. It's a brilliant introduction to the politically inspired deceit that surrounds much popular rhetoric on this subject.


"[W]ith the coming of the Zionists to Palestine, a frantic archeological search started. The country was combed for real, scientific proof that the Biblical story was not just a bunch of myths, but real honest-to-God history. (Pun intended.) Christian Zionists came even earlier.

There started a veritable attack on archeological sites. The upper layers of Ottoman and Mamelukes, Arabs and Crusaders, Byzantines and Romans and Greeks and Persians were uncovered and removed in order to lay bare the ancient layer of the Children of Israel and to prove the Bible right.

Huge efforts were made. David Ben-Gurion, a self-appointed Biblical scholar, led the effort. The Chief of Staff of the army, Yigael Yadin, the son of an archeologist, and himself a professional archeologist, searched ancient sites to prove that the Conquest of Canaan really happened. Alas, no proof.

When remnants of the bones of Bar Kochba’s fighters were discovered in Judean desert caves, they were buried on Ben-Gurion’s orders in a big military ceremony. The uncontested fact that Bar Kochba had caused perhaps the greatest catastrophe in Jewish history was glossed over.

Incredible as it sounds, four generations of devoted archeologists, with a burning conviction and huge resources, did produce exactly:

From the beginning of the effort to this very day, not a single piece of evidence of the ancient history was found. Not a single indication that the exodus from Egypt, the basis of Jewish history, ever happened. Nor of the 40 years of wandering in the desert. No evidence of the conquest of Canaan, as described at length in the Book of Joshua. The mighty King David, whose kingdom extended – according to the Bible – from the Sinai peninsula to the north of Syria, did not leave a trace. (Lately an inscription with the name David was discovered, but with no indication that this David was a king.)

Israel appears for the first time in sound archeological findings in Assyrian inscriptions, which describe a coalition of local kingdoms which tried to stop the Assyrian advance into Syria. Among others, King Ahab of Israel is mentioned as the chief of a considerable military contingent. Ahab, who ruled today’s Samaria (in the north of the occupied West Bank) from 871 BC until 852 BC was not beloved by God, though the Bible describes him as a war hero. He marks the beginning of the entry of Israel into proven history.

(Tip of the fez to Jim West who drew attention to Avnery's article a couple of days ago.)
Posted by Gavin R at 13:41