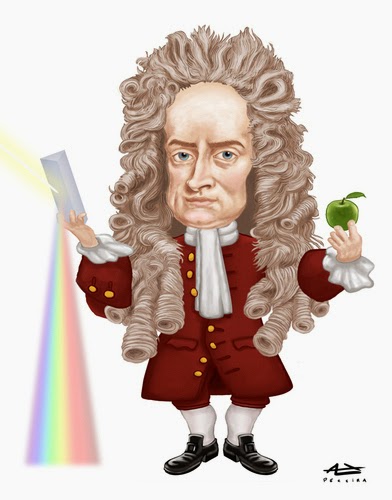 In recent days - and with no intended reference to anyone who posts here - I've been thinking about the way certain academics (and by no means limited to the fields often discussed on this blog) seem to suffer Asperger-type symptoms. There's a degree of single-mindedness, a lack of empathy or tolerance, a degree of obsessiveness and defensiveness which characterises certain debaters residing in the ivory towers.

This is not of course the way its supposed to be. Academics claim to follow the trail of evidence, go where it will. Sweet reason prevails, theories are testable, and may the soundest reconstruction prevail.

And let all the people say, Amen.

But that is more sanctified ideal than everyday reality, and only a fool would claim to be immune from self interest, including more common clods like thee or me. (Actually, when I think about it, blogging may be a prime indicator of dysfunctionality!)

What sparked off the thought was the suggestion that Sir Isaac Newton's "obsessiveness suggests that he may have suffered from a mild form of autism, such as Asperger's Syndrome." (Lloyd & Mitchinson, The QI Book of the Dead, p.12-17 throughout). Newton clearly was a brilliant man whose legacy will endure till the end of history, and yet the "slightest criticism of his work drove him into a furious rage, and his life was blighted by vicious feuds with other eminent mathematicians such as Gottfried Wilhelm Liebniz and Robert Hooke."

Newton was more than a scientist, he was a devoted Bible student who "spent the bulk of his working life trying to calculate the date of the end of the world as encoded in the Book of Revelation, unravel the meaning of the prophecies of the Book of Daniel and relate the chronology of human history to the population cycle of the locust." Clearly misdirected genius, more in common here with Hal Lindsey than Einstein. "Newton believed that it would be for his religious theories, rather than for his work on optics or motion, that he would be remembered."

So you have to wonder about other great figures in Christian history; the vile Athanasius, the humourless Calvin, the [choose your own adjective] Barth... the list could go on. Undoubtedly gifted, one and all. (Point of clarification: we're not talking about Frankin Graham and Creflo Dollar here. You can be a ghastly human being without being anything close to intellectually competent. Nor did a surfeit of duplicitous cunning upgrade Herb Armstrong to sit alongside such heavyweights.)